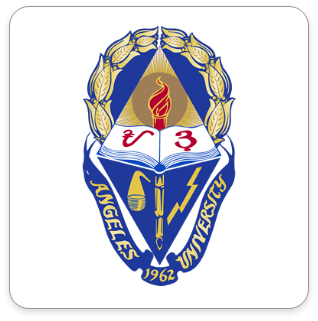 Angeles University Foundation is committed to maintaining a safe and secure environment free from
all forms of distress and fear with Air-conditioned classrooms are equipped with built-in flat monitors or LCD projectors.
AUF operates secured, well-furnished and Wi-Fi ready dormitories that can accommodate a maximum of 355 residents.
Students enrolled in Medicine programs obtain their clinical training at the AUF Medical Center.

Last  5 to 10 years, Angeles University Foundation – School of Medicine (AUF-SOM) has been the most preferred medical university in South Asia to study MBBS abroad, especially for students from India, Singapore, Taiwan and Europe.

The Angeles University Foundation’s Doctor of Medicine program is the only PAASCU accredited program in Central Luzon. It was the first in the region given ISO 9001-2000 certification by TUV-SUD in 2008 and the only one north of Manila that is ISO 9001-2008 certified by TUV-SUD.

The Angeles University Foundation Doctor of Medicine program has produced outstanding board performance in the Philippine medical board exam, stellar performance at the Indian Medical Council (MCI) Screening Test, and a 100% pass rate in the 2014 Nepal Medical Council Screening Test. As a result, an increased number of Indian students are now enrolled in the AUF’s Doctor of Medicine courses.

Angeles University Foundation is accredited by top medical bodies across the globe.

Apart from the excellent rating and world-class infrastructure of the university, there are other advantages of choosing to study MBBS abroad at Angeles University Foundation. Here is a list of benefits:

Angeles University Foundation School of Medicine is committed to a more practical-based hands-on approach to Medical education which increases the chances of success for our students in both higher education & medical practice.

Students enrolled in Medicine and other health sciences programs obtain their clinical training at the AUF Medical Center, the only private tertiary teaching, training and research hospital in Central Luzon. AUF Medical Center is in-campus and provides complete access to AUF-SOM students to practice and learn real-world medical situations. 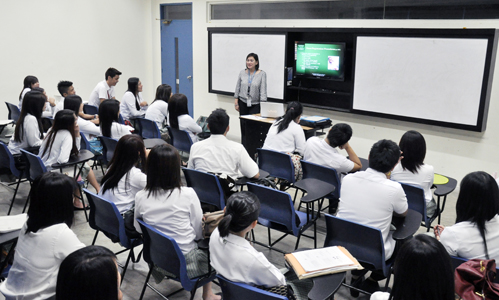 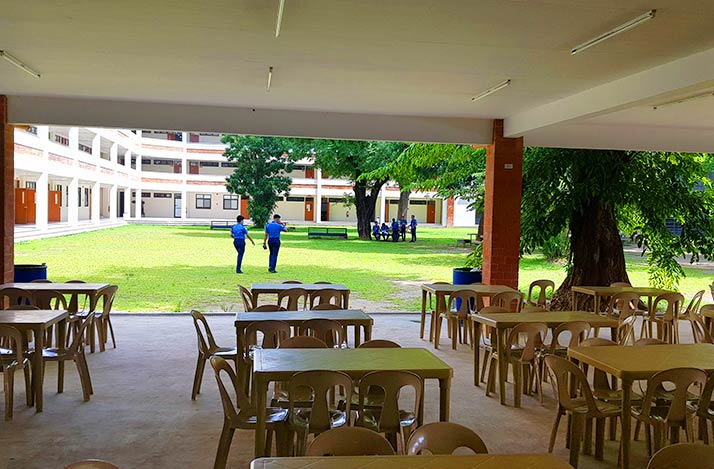 Angeles University Foundation School of Medicine Hostel provides separate hostels for girls and boys, so that they can be 100% comfortable in their living spaces.

The Hostel present inside the Angeles University Foundation Campus, has rooms that come with attached washrooms and toilets. Huge conference study halls are there for our students to collaborate and study together.

The value of a medical university or their credibility in the world market solely depends on the core values and the vision of the institution. In spite of all the infrastructure and faculty, it’s the way the leadership of the institution drives the students to push boundaries is what creates a solid foundation for the students who are going to be future doctors.

The School of Medicine envisions itself as a center for quality and relevant medical education as evidenced by its programs and services recognized locally and internationally, resulting in the total satisfaction of its customers and other stakeholders around the world.

To realize its vision, the School of Medicine is committed to produce quality and compassionate medical practitioners imbued with a social conscience and dedication to the service of God and humanity.

The School of Medicine aims to:

Angeles University Foundation (abbreviated as AUF), is a non-stock, non-profit educational institution that was established on May 25, 1962, by Agustin P. Angeles, Barbara Yap-Angeles and family. After only less than nine years of operation, the Institution was granted University status on April 16, 1971, by the Department of Education, Culture and Sports.

It is one of the few Philippine universities granted autonomous status, with a number of its degree programs having been duly recognized as Centers of Excellence and Centers of Development by the Commission on Higher Education.

Angeles University Foundation is the best choice to pursue MBBS abroad in the Philippines and the university is a pioneer in health science education in the Philippines. Especially for Indian students who want to study MBBS abroad, Angeles University Foundation is a dream come true, because of the quality of the university and the most affordable tuition fee at just Rs. 20.15 lakhs for the entire 5.5 years medical degree

The duration of the MD course is 5.5 years. The course is divided into two parts:

MBBS, MD or Medical education in the Angeles University Foundation School of Medicine is recognized as an MD degree which is equivalent to the MBBS degree in India, UK and Singapore, and other Commonwealth countries. Angeles University Foundation School of Medicine MD degree is recognized as equivalent to the MBBS course in India by the Medical Council of India (MCI) and students will be given a license to practice in India after completion MCI [Medical Council of India] Exam in India.

The difference is that MBBS follows the British system of education whereas MD follows the American system of Education. The degrees are considered equal in stature.

What are the Documents Required to get Admission Process in angeles university foundation?

Is it safe to send girl students to the Philippines?

AUF-SOM takes care of its girl students with extra care. They will have female counselors and guides who they can contact for support 24/7. AUF also provides separate hostels for girls, to make them feel comfortable. Apart from that, the Philippines is the best place in medical education for girls. It is a female dominated society where you would find females working in all workplaces; more than 60% population is of females there. These are the reasons why 1000s of Indian female students are already studying in the Philippines. You can be confident of their safety and security 100%.

How safe is the Philippines?

It is one of the safest countries in the world, due to its excellent bilateral relationships they maintain with all the countries around them and by nature, the people of the Philippines are very gentle and peace-loving.

We provide Indian food on campus. We have separate counters for Veg and Non Veg. We even have provisions to provide Jain food for our students.

Can I get a job in Government Hospitals or allied Medical Institutions in India?

Yes, upon registration with MCI and the State Medical Councils, you are eligible for any government job.
-
Search

Hit enter to search or ESC to close

Your shopping cart
WooCommerce should be installed and activated!
Need Help? Chat with us
Start a Conversation
Hi! Click below to chat on Whatsapp
The team typically replies in a few minutes.
MBBS in Philippines
MBBS in Philippines